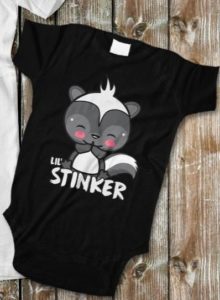 On January 11, 2018 the Third Occasional Bad Contra Choreography Contest was announced by Gregory Frock. The goal of this contest was to write the worst (ostensibly intended to be danceable) contra dance. Unfortunately, the lure of the contest generated a major time suck for my brain when I wanted to focus elsewhere and I had to submit something so I could stop thinking about it. So I submitted an entry on January 12th, the next day:

As soon as I became aware of your contest it was pretty much sucking all my thought energy. So I thought I better put together something that sucked right away so I could stop the stinking thoughts from continuing to suck on my brain. So here’s my stinker…

Submitting the entry did the trick and I was able to forget about it and return to more productive endeavors.

Judges for the contest included a lot of the contra choreography luminaries of our age: Kathy Anderson, Bob Isaacs, Rick Mohr, Chris Page, Cary Ravitz and Sue Rosen. It took a while but the contest winners (i.e.: the losing dances – a tie), written by Yoyo Zhou and Ethan Ableman, were announced in April at NEFFA 2018. After the ceremony I was pleasantly surprised to be notified I was a top (so really bottom) 5 runner-up, with the committee remarks including:

All in all, I’m going to consider this a success. Maybe I’ll make a more comprehensive effort for the next contest, which I’m told we might expect in something like 11 years… enjoy! 😉

B1
Gents Swing (in the center)**
Partner Swing

B2
Gents Allemande Left 1/2x, Pick Up Neighbor for a Star Promenade 1/2x, Butterfly Whirl
Neighbor Swing (and look to the next N…)

[**This bit probably worked against me – after I’d submitted my entry there was a clarification on the criteria re: having same role swings (which a prior contest had considered a qualification for badness) being not an effective property for this round. My intent with the Gent’s Swing was not to have the same role/gender interaction be the bad part but rather having two folks that were already pretty much headed CCW and away from each other somehow get into a CW Swing and then find their Partner mid-phrase to Swing them… but c’est la vie.]